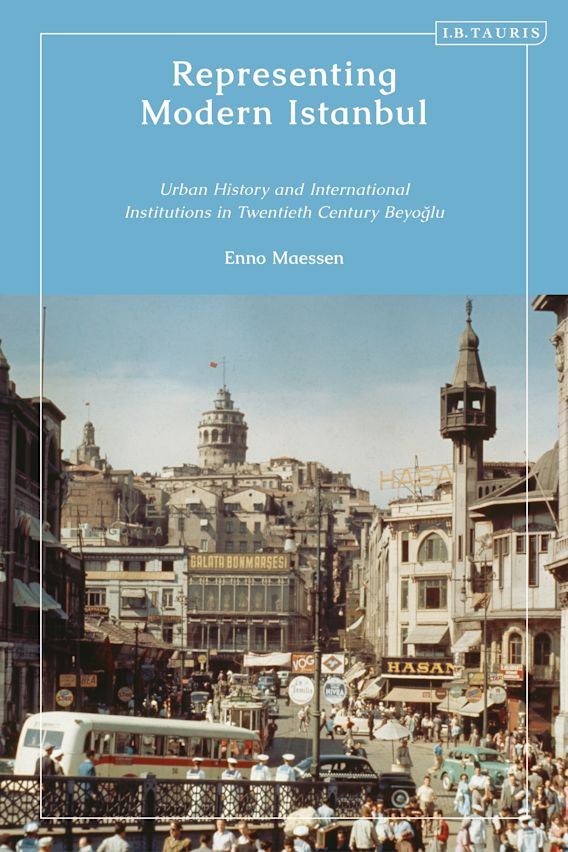 Former fellow of the Netherlands Institute in Turkey, Enno Maessen (Utrecht University), has recently published his book titled Representing Modern Istanbul: Urban History and International Institutions in Twentieth Century Beyoglu by I.B. Tauris. Maessen conducted some parts of his research that became a part of his book during his visits to the NIT library.

Following the collapse of the Ottoman Empire, Istanbul would lose its position as capital yet remain a crucial urban centre in the new Turkish republic. Since the 1950s it has undergone a metamorphosis from a mid-sized city to a megapolis. Beyoglu, historically represented as its most 'cosmopolitan' district and home to European embassies and cultural institutions, is a microcosm of these changes. This book explores the urban history of Beyoglu via a series of case studies which use previously unexamined archival material to tell the story of its local and international institutions. From the German Teutonia club and a centre point of Turkey's cinema culture to influential francophone, British and German schools which educated many of Turkey's future elite, the book charts the shifting identities of the residents of the district. These case studies reveal the effects of changing political circumstances, from the rise of nationalism to Turkey's place in the Cold War, as well as critically examining Beyoglu's legacy as a multicultural centre. In the process, the book reveals a picture of resilience, cross-cultural contact and provides an important contribution to our understanding of present-day and historical Istanbul and Beyoglu.

Please visit here for more information about the book.