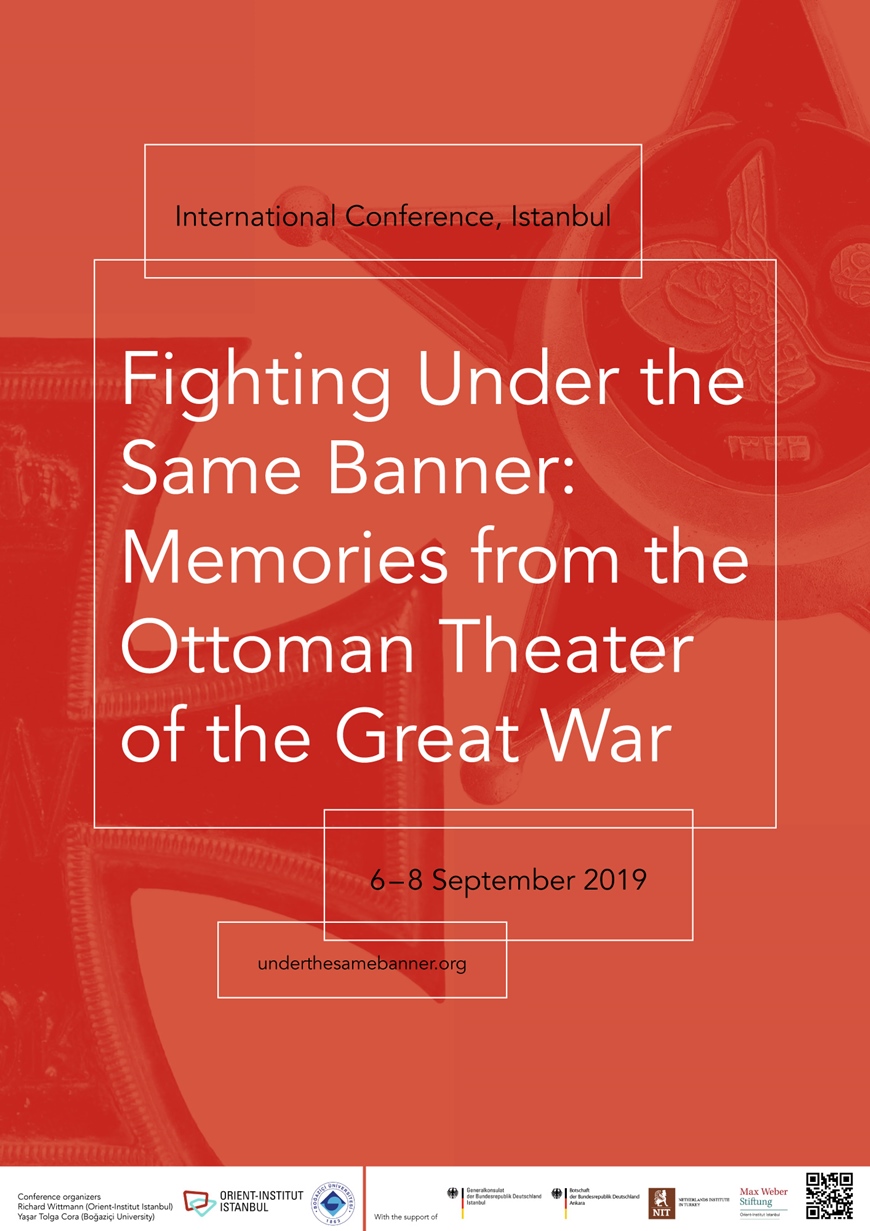 Fighting Under the Same Banner: Memories from the Ottoman Theater of the Great War

What did it mean to individuals of different ethnic and religious backgrounds to participate in World War I under the Ottoman crescent and star banner? By focusing on life narratives left by the multi-ethnic and multi-lingual Ottoman soldiers and civilian men and women aiding the war effort, this conference takes this and related fundamental questions as its point of departure in exploring the personal experiences of Ottomans in the Balkan Wars and the Great War. How did these experiences expressed in autobiographical texts such as memoirs, diaries, and written correspondence add to and differ from insights afforded by visual and acoustic testimonies as well as the personal account of the Ottoman Empire’s European military allies? Life narratives have recently begun to attract great interest among military and social historians of the Middle East in their work on the wars from 1912 until 1922. These narratives are essential sources not only to understand Ottoman society and its army at times of conﬂict, but also and above all because they were for the most part produced by the rank and file rather than the military leadership and give a voice to the otherwise unheard. With this in mind, the conference brings together scholars working on life narratives on the Ottoman theater of the First World War in order to:
· Examine the politics of loyalty in a multi-ethnic and -religious empire, the impact of the war experience on a multi-ethnic army and the home front;
· Discuss the practices of remembering and the production of life narratives in the war period, and the impact of the post-imperial political and social landscapes on reconstructing the personal experience;
· Transcend narrow genre boundaries of life narratives by including non-textual forms of personal expression and to discuss their heuristic potential for a better understanding of the war experience;
· Reconsider the interplay of individual and collective memories and commemorative practices.
It is the rich multitude of personal experiences of the diverse individuals supporting the Ottoman cause in World War I that this conference sets out to explore.